Hi I’m Daniel. I am now 33 years old and was diagnosed with Acute Lymphoblastic Leukaemia (ALL) when I was three years old in December 1989. Being so young at the time, I don’t really have many memories of that period of my life. I just remember being in hospital a lot around the age […] 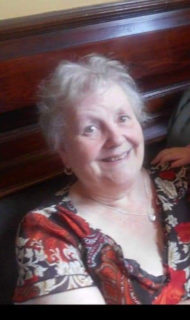 Our heartfelt thanks go to the family of Dorothy Cameron. Dorothy passed away on 12th January and her daughters, Diane, Sandra and Sue, chose to support Friends of Rosie at their mother’s funeral service. Diane, Sandra and Sue lost their older sister, Janet, when she was just 10 years old back in 1974. Janet had […] 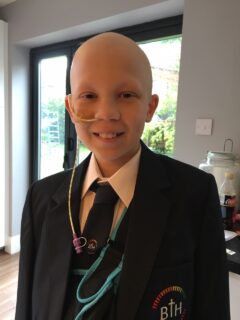 Jude Anderton was 11 years old when he was diagnosed with bone cancer. He went from a happy, highly active boy to being desperately ill in such a short space of time. His mum, Helen, shares his story to help raise awareness for childhood bone cancer and the vital need for more research: “I remember […]