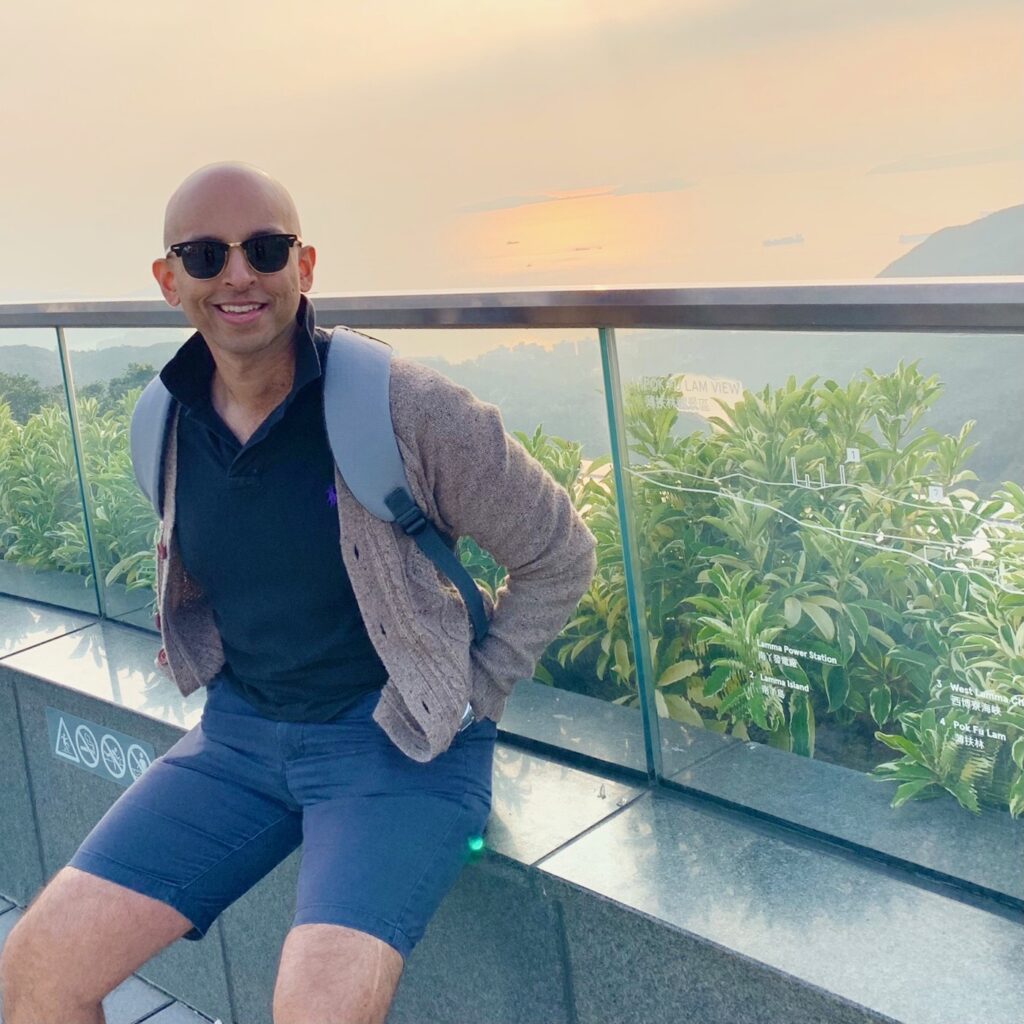 Mahesh, from Bolton, was first diagnosed with Ewing Sarcoma when he was eight years old, in May 1998. His mum had become alarmed at a growth which appeared on his left thigh. The growth quickly engulfed his thigh. A family friend (also a GP) advised that the tumour should be removed. Only after it was removed and tested, did the family discover it was a malignant tumour. After two surgeries on his leg, Mahesh underwent 12 months of intensive chemotherapy, that also required him to miss nearly 14 months of school.

He then went into remission for almost 14 years. However, after a freak accident at the gym, Mahesh was again diagnosed with Ewing Sarcoma at the age of 21. His second round of treatment involved the removal of his left collarbone, eight months of chemotherapy, radiotherapy and high-dose chemotherapy.

Now, aged 31, Mahesh recalls some of what he went through and his anger at the lack of treatment progress and funding for children’s cancer research.

Mahesh says, “Both times, as a child and then as a young adult, my cancer was found by chance. The second time round, I’d just finished my law degree at university and returned home to apply for jobs as a trainee solicitor. I’d been to the gym and grazed my collarbone with a handheld weight. Almost instantaneously, an egg-shaped lump appeared on my collarbone, which just didn’t look right.

“Panicked, I went to A&E thinking I’d broken something. I was advised that it was likely to be a “chipped bone” with some swelling. They referred me to the fracture clinic for some further tests a couple of days later. After two CT scans, a MRI scan and a bone biopsy, I was diagnosed once again with Ewing Sarcoma. In the space of four weeks, my life came crashing down again.

“I recall little from my illness as a young child. I have probably subconsciously blocked it out. Over time, and during the course of my check-ups, I was told about the long-term side effects of the chemo given to me, such as kidney damage, a weakened heart and infertility. I’ve had annual scans and appointments every 18 months since I was eight. I’m institutionalised!

“I think what’s shocked and angered me the most second time round, is how little progress there has been in the last 14 years. The same treatment options were presented to me as when I was a boy. The biopsies were the same, the chemo, the surgery, the side effects, everything. As a patient, I could see little advancement. And yet, I read all the time about the great strides being made in treatments for other cancers, like prostate cancer treatment or lung cancer, for example.

“It’s an incredibly sad fact that it takes a child dying for money to be raised for research into the illness that caused their death. And often, it’s the families of those children who are doing most of the fundraising work. Each family has the same goal; not wanting another family to experience their tragedy. Surely there is much to learn from the way children develop and react to cancer and treatment that would translate to adult forms of the disease?

“Although I’m fortunate enough to be looking ahead now, I have to live with the long-term effects of my treatment. I’ve seen too many others like me die from this disease – young people with aspiration, talent and lives to live – and that has to change.”