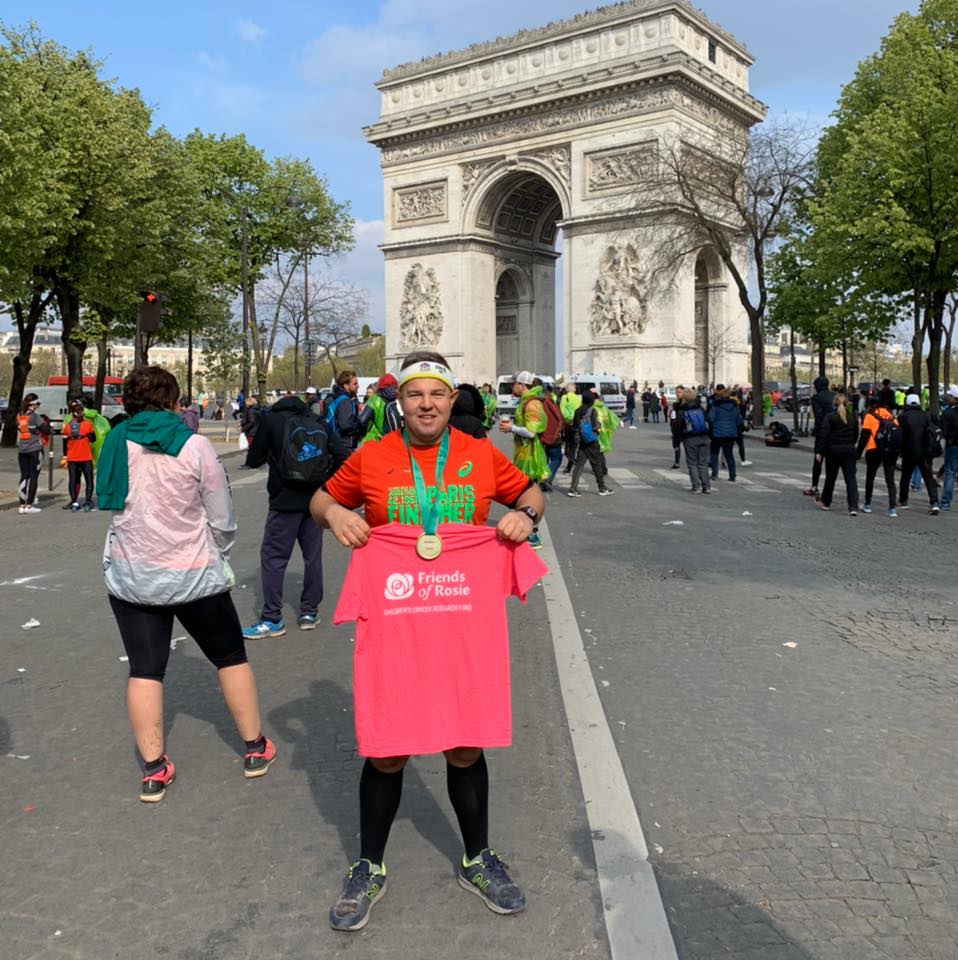 Hi I’m Daniel. I am now 33 years old and was diagnosed with Acute Lymphoblastic Leukaemia (ALL) when I was three years old in December 1989. Being so young at the time, I don’t really have many memories of that period of my life. I just remember being in hospital a lot around the age of 5 and then almost all throughout my school life for regular check-ups.

My mum tells me that she’d taken my sister to the doctor’s for asthma. She also asked the doctor to take a look at me because I was pale and lethargic. The doctor, Dr Plumb, to whom my mum will always be eternally grateful, lifted up my top and started to check my organs. This struck my mum as strange and he later confirmed that he had been checking for a n enlarged liver, since it can be a sign of cancer.

Dr Plumb had actually done his training on the Borchardt Ward at Pendlebury, which is where he had learnt to check for an enlarged liver. After blood tests over the next couple of days, they took some bone marrow confirming that I had Acute Lymphoblastic Leukemia. I responded well to treatment and went into remission within three months but they had to complete the course of treatment. During my time being treated, I was briefly on the Borchardt Ward at the same time as Rosie Larkin, the little girl who inspired the Friends of Rosie Children’s Cancer Research Fund.  My mum tells me that Rosie and I we were of a similar age when we were on the ward together. I also appeared in a documentary about the charity in which I’m being tickled by Dr. Pat Morris-Jones, who I believe knew Rosie also. A lot of my memories of the time are actually quite happy ones. I was fortunate to be a part of a trip to Mora, Sweden in December 1990. During the trip Granada Reports and Bob Greaves took a group of children to meet Father Christmas and the reindeer.

And I will also never forget a boy from my nursery wanting to look like me when I was going through chemo and shaving his head! Indeed that kind of togetherness is something which is embodied by Friends of Rosie. It’s why I am really pleased to be able to support this charity.

I’ve been pretty healthy since remission and had no relapses thankfully. The leukaemia has not affected my life and fortunately I have had no side effects. In fact, I would like to think I have lived a pretty full life since.

I did fairly well at school and went on to study French at university, living in France for a while, working mainly as a translator. Later, I then trained as a teacher back in the UK and taught French at a special school for autistic children. I’m now working as a French teacher in Muscat, Oman in the Middle East.

To support Friends of Rosie and help raise money to get more childhood cancer research projects off the ground, I ran the Paris Marathon in 2019 and raised almost £1,000.

This year I’ve decided to go one better (or 365 days better) and commit to running 5k a day from 31st January 2020 until 31st January 2021. My challenge is already underway and you can keep up with my progress on my fundraising page and my Facebook page.

I hope that sharing my story will give hope to many parents and families whose children are being treated with cancer, particularly ALL, at the moment.