Home » News » Changes to our Board of Trustees 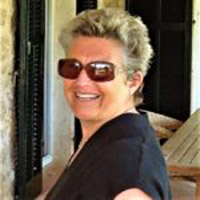 Changes to our Board of Trustees

We’ve recently had some changes to our Board of Trustees – some goodbyes and some hellos.

Firstly, we bid a fond farewell to Jennie Atherton and Joe Swift. Jennie has been with Friends of Rosie since almost the beginning of the charity. She gave her time, energy, skills, and passion for childhood cancer research for over 30 years and has helped shape the charity and the vital research we fund.

As charity treasurer and accountant, Joe has played a vital role since joining in 1995. He managed the charity’s banking, auditing, and annual reporting, as well as helping to establish new fundraising platforms and processing endless Gift Aid claims.  The contributions from both Jennie and Joe are outstanding and we send our warmest thanks for everything that you’ve both done for Friends of Rosie.

Our founder and Rosie’s mum, Lisa Larkin, is also stepping down from our Board of Trustees. Not only did Lisa start the charity and play an instrumental role in the formation of our distinguished Scientific Advisory Board, but she has raised millions in donations over the past 30 years and battled tirelessly to get more attention on children’s cancer research. In recognition of all that she has done, the Trustees have awarded Lisa with the honorary position of Life President of Friends of Rosie.

Says Lisa, “Of course, I am sad to retire as a Trustee of Friends of Rosie. It has been such a part of my life for a long time, and I am so very proud that, together, we have achieved so much in advancing the cause of research into all areas of childhood cancer.  Too many children have died, and we should be able to do better than this. Thank you to everyone who has made this possible and I wish Friends of Rosie continued and greater success under the inspired leadership of Felicity Goodey.  I am honoured to be invited to be President, a role for which I am delighted to accept.”

While it’s sad to say goodbye, we are delighted to welcome three new volunteers to our Board of Trustees – Lesley Dowdall, Mahesh Vara, and Craig Rea.

Lesley has over 20 years of experience in fundraising and donor relations. She is Director of Development at Withington Girls’ School and previously served as Deputy Director of Development at the University of Manchester. Says Lesley, “I am excited to be joining Friends of Rosie. It is a small but mighty charity that has an incredible impact on research into childhood cancers.”

Mahesh is a graduate of Durham University and a solicitor at DWF Law LLP. He was diagnosed with Ewing Sarcoma when he was 8 years old and later at the age of 21. Says Mahesh, “I am absolutely clear in my mind that there are great strides to make in cancer treatment for children and young adults. I cannot wait to get started with Friends of Rosie as we make those strides!”

Craig is originally from Northern Ireland and spent the early part of his career in the aerospace industry, primarily in California. Upon his return to the UK, he joined Accenture and was later appointed COO of their Products Division. Craig also acted as the Managing Partner for Accenture’s Northwest practice based out of Manchester. Craig retired from Accenture in 2018 and since then has been involved in various technology start-up ventures.