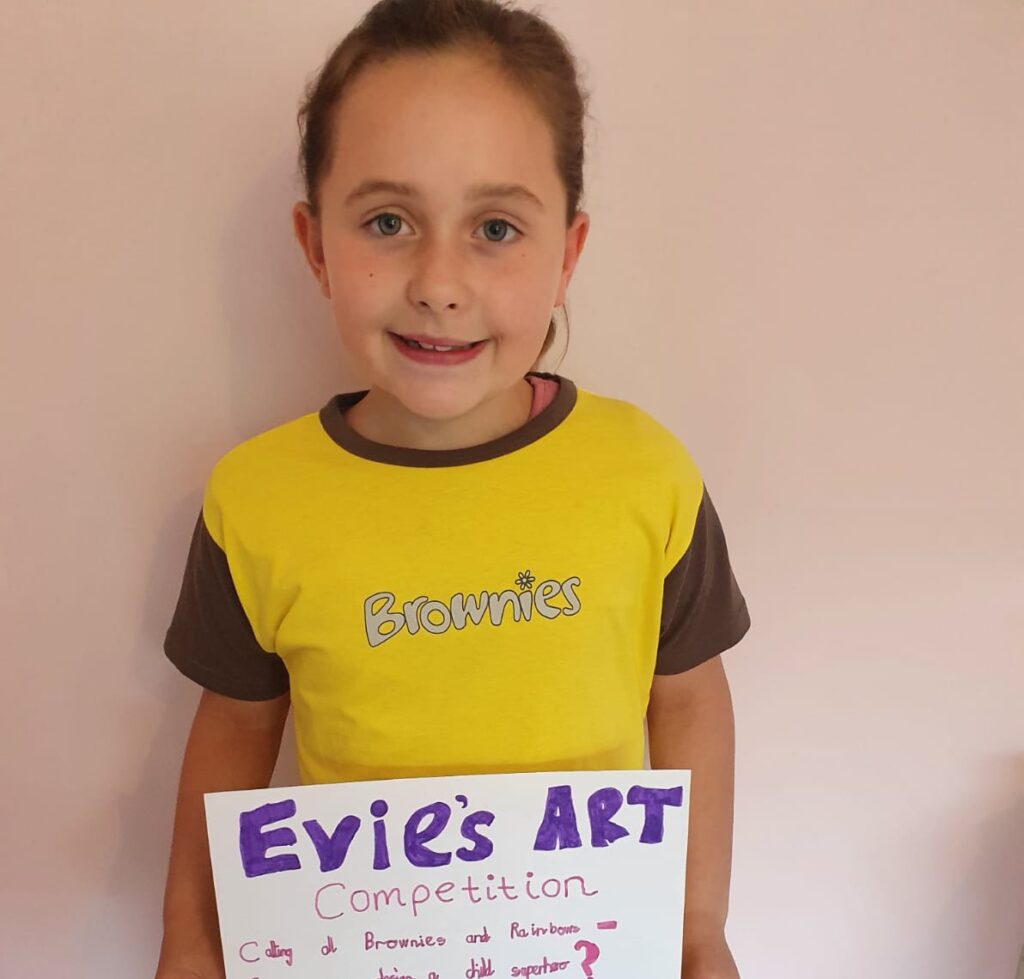 News
Fundraising News
We’re sending a huge thank you to eight year old Evie and her Brownie group for supporting Friends of Rosie with their Brownie superhero fundraiser. Evie has set up an art fundraiser asking the other Brownies to design their own child superhero.
She is supporting Friends of Rosie is recognition of our Young Ambassador, Ruth Grace. Evie says below in her own words why she’s supporting our charity. She’s also working towards her Brownie Charity Badge.
Good luck to all the Brownies who enter Evie’s Brownie superhero fundraiser. We’re looking forward to seeing the winning entries and will share here soon. Well done Evie – you’re a star!
This site uses cookies: Find out more.