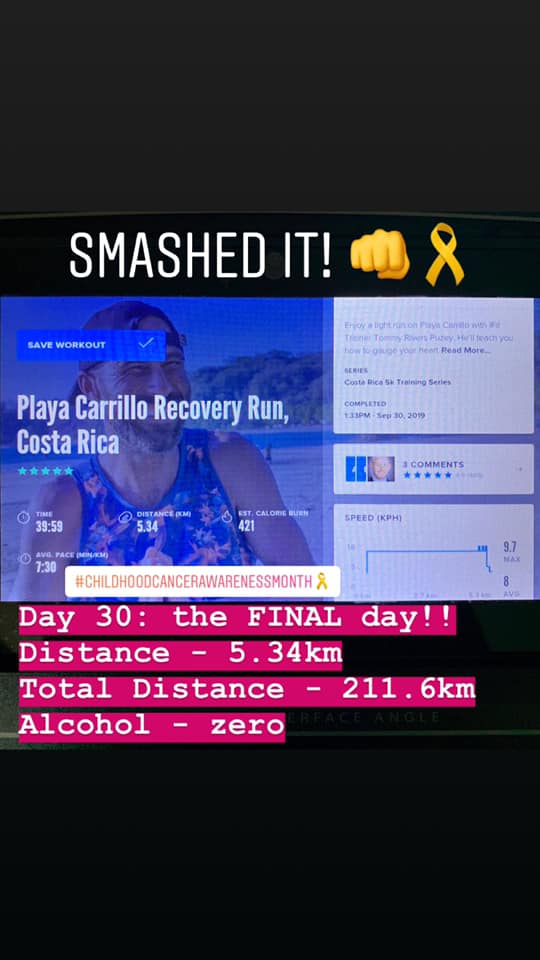 Our very own communications manager, Helen Griffin, set herself a very stretching target in support of Childhood Cancer Awareness Month. To run everyday during September totalling 211km – the equivalent of five marathons!

As if that wasn’t enough, she also did a Sober September, to further help raise awareness and funds for children’s cancer research. We’re not sure which was harder!

Well, not only did Helen achieve the challenge and run everyday but she also managed to raise a fantastic £1,055.25 in the process. All thanks to the kind support of her family and friends, giving her the motivation to keep going.

Says Helen, “It was a much tougher challenge than I expected, I think mainly because of the lack of rest days between runs. I’m so glad I did it though and am blown away by the amount donated. My original target was £300 so to reach over £1,000 was just amazing!”

Our huge thanks go to everyone who donated to support Helen. The money raised will help to fund our next research project to be announced in early December. Her fundraising page is still open if you would like to show your support – https://uk.virginmoneygiving.com/HelenGriffin6

Enjoy a well deserved rest and glass of wine during October, Helen!